IS YOUR NARCISSISTIC EX USING COURT TO CONTINUE TO ABUSE YOU?

Are you are ready to take back your power and change your situation to one where you are in control, not your ex?

IF SO, WATCH THIS VIDEO NOW

Get Court Ready will FAST TRACK you from overwhelm and fear to feeling confident and calm, knowing that you can get the result you want, guiding you every step of the way. 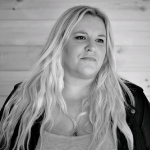 Written by Sarah Squires, Narcissistic Abuse and Parental Alienation Recovery Coach, author of Communicating With A Narcissist and Help! My Child Is Being Used As A Weapon

Are you ready to go from feeling two steps behind, angry, frustrated and overwhelmed by fear to feeling assertive, confident and powerful?

This is the only programme designed using expertise in social work, therapy, personality disorders, trauma and family systems to specifically deal with a high conflict, emotionally abusive and manipulative personality type in the Family Court process.

9 specialist modules designed to take you from being a victim of projection, gaslighting, baiting and trauma to being in control of the outcome and the process.

I will walk you through each part of the process using instructional videos and workbooks so that you can keep track of your own progress and go through it at your own pace.

EVERYTHING YOU NEED TO BEAT THE NARCISSIST IS AT YOUR FINGERTIPS

Right now you are probably terrified.  Your ex has control and they want full custody. The child arrangement order you have isn’t working. They are engineering things to cut you out of the kids lives but no-one else can see it.

How do you make the courts see what you are dealing with? They are smart enough not to be obvious and emotional abuse is so hard to prove.

Going to court against a narcissist defies logic!

You know that they can lie like a pro but you honestly believed people would see through it.  But they aren’t.  They are buying all the lies and looking at you like you are the problem when all you have done is try to put boundaries in place and protect yourself and your children.

You feel gaslighted all over again by the process.  The truth is being constantly distorted.

Why can’t they see what is happening?

At each hearing the narcissist brings more lies.  Each person you deal with wants you to answer for the lies they have told.

How can you prove you didn’t do something?

They delay the process with an allegation or failure to do what they were supposed to but no-one does anything.

How can they get away with this?

With each hearing you feel more and more hopeless and just as controlled as you were in the relationship.  All you wanted was freedom from abuse but it’s got worse and you can’t see how it’s going to end.

Before I started work the programme, I was totally out of ideas and felt resigned to being controlled by my ex forever. He had managed to convince everyone I was the problem for the past six years. I had spent over €100,000 but had got nowhere except gradually erasing mine and my kids self esteem. When I found out we had the same GAL as before, I figured that was it. He had won.

But Sarah helped me to identify his narrative and tactics so that I was fully prepared and able to respond calmly which meant my answers were exactly what the court wanted to hear. She coached me on how to talk the language of the court so they took me more seriously. And most importantly she made me believe in myself.

What happened in court was beyond my wildest dreams. They saw through his lies and at one point the judge even pulled him up on his behaviour! I honestly can’t thank Sarah enough. I am sure that without the Get Court Ready programme he would have won more custody and my children’s mental health (and mine) would have been destroyed. I recommend anyone going to court against a narcissist, even if you feel like you don’t stand a chance, to trust Sarah and her programme.  It has given me and my children peace and our freedom.

So how did we do it?

What the programme taught Deborah:

Get Court Ready is a unique programme written especially for those going to court against a narcissist or experiencing parental alienation because the usual methods simply do not work.  In fact, as you have found, they can make things worse.

It includes child protection knowledge, a thorough understanding of Cluster B personality disorders and life coaching tools to shift your mentality to one where you believe you can get the result you want.

The programme is available to you RIGHT NOW.  You can start to get results straight away and stop feeling scared, abused and afraid.

This programme is giving people peace from the constant court battles and freedom to focus on themselves and the children, building a life without being under the microscope.