Did you know that a recent survey revealed that 38 out of 54 parents with Child Arrangement Orders had exes who repeatedly broke the court order?

It’s why a Final Order is rarely a final order.

With cases regularly being returned to court, it is important you know that this is not simply a battle. 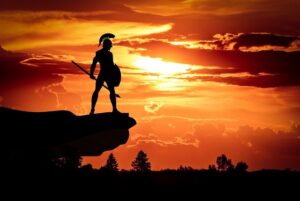 And so, like any good soldier, you need to be strong and resilient.

Which is why we developed GET COURT READY

Imagine in a years time, you’ve spent £40,000 on court fees and are still no closer to a resolution.  Your ex is still gatekeeping contact and allegations continue to be made as soon as you begin to rebuild your relationship with your child.  Or perhaps your ex is ramping up their manipulation of the children every time they have contact, resulting in your relationship with your child becoming strained and confrontational.  Either way, they are trying to erase you.

What will your life look like minus £40,000?  Who will be around you after a year of stress and depression caused by the constant battles? How will you be able to cope with work?  What will your relationship with your children be like after all this time?

These are the realities you are facing right now.

In a recent poll, 30 out of 54 parents hadn’t seen their children for over a year

That’s 365 days and nights fighting to see the children you love so dearly.  Missing out on making them breakfast, taking them to school or nursery, cuddles at bedtime.  Birthdays and Christmases go by without you sharing in the joy of watching them open their presents.

A year of constant battles over every little detail.  Your child blaming you because of the lies they are being fed. Rejecting you because it’s the only way for them to get what they need from your ex.

Blow after blow and yet you can’t give up. Giving up feels like telling your children you don’t care and are leaving them at the mercy of your ex.

And so you fight on.

But it is taking its toll.

76.3% of parents stated that Family Court had caused financial ruin and emotional devastation (Rate My Court)

But imagine if you could find a way to regroup and rebuilt.  To gain your strength back and find a secret weapon and tactical maneuvers to defeat your enemy at last.

Going to court and getting the outcome you want – a loving (and uninterrupted) relationship with your children.

To watch them grow up and be there every step of the way.  To teach them to ride their first bike and see the joy on their faces as they peddle down the path.  Taking them for their first swimming lesson and supporting them as they swallow half the pool. To watch them in their school play and clap so hard your palms hurt as you beam with pride.  Being there when they wake up from a nightmare to hold them and reassure them that it is OK, you are there. To be there to counteract the negativity of the ex and provide them with a fun, stable home life. 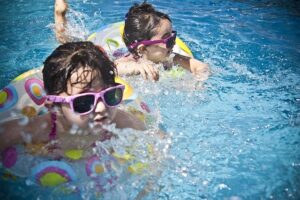 This is what GET COURT READY  was designed to do. To give you and your children the opportunity to have a normal relationship.  To scupper the exes attempts to erase you and to restore you as the parent they remember and need.

Through years of working with thousands of victims of the family court process whose lives had been ruined by false allegations, contact denial, professionals not taking note of any evidence, and alienation, one thing became clear to me…..

This is not about the facts or the evidence

This is about focus, story-telling and performance, goals and resilience.

GET COURT READY provides you with the tools to become: 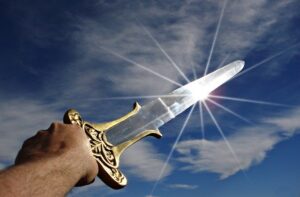 So whether you have tried mediation and it failed so are heading for your First Hearing Dispute Resolution Appointment or are returning to court for an amendment, GET COURT READY is the preparation you need to ensure you put up your best fight.

Here's Exactly What We Cover...

By the end of the programme you will be prepared for the battle. You will be ready to face court against a narcissist. You will have more clarity about the process and your role in it.  You will feel emotionally prepared to face both the narcissist and the judge. You will be in a much better position to get the outcome you deserve.

Family Court is so much more than a legal battle.  It is psychological warfare and whilst I absolutely believe you need to be legally prepared, you cannot underestimate the emotional toll this will take on you.  The children need you to be strong and you can’t do that if you aren’t prepared.

A solicitor or McKenzie friend cannot come to the CAFCASS meetings with you.  Or social services or school meetings.  You are on your own in those.  So let’s provide you with the strength, knowledge and tools to go into each meeting feeling confident that you can achieve the best outcome.

You are the key to this. And we aim to provide you with all you need to succeed in giving your best performance yet, winning over the crowd and becoming the real hero of the story.

Right now we have an exclusive opportunity for 10 people to have 1:1 access to this programme PLUS 6 x weekly one hour sessions with Sarah Squires.

Why is this whole program the same price as just one hour with a solicitor?  Because we want as many people as possible to reconnect with their children and re-build strong, loving relationships.

Our goal is to make this programme available as an online exclusive for people to work through at their own pace.  But before we do that we need to make sure the content is easily understandable and be aware of any parts that maybe aren't crystal clear.

This means just 10 people have the opportunity bonus one-to-one support as they go through the programme.

You will also be instrumental in ensuring the course provides everything needed to help those preparing for battle against a narcissist.

More than that though, you will have the best possible preparation for the next act of your play.

If you would like to be considered for this exclusive offer, please enter your information below.  Once you have submitted your application we will review your situation and email within 48 hours to arrange a time for a call.

EDIT: ONLY TWO SPACES REMAINING (applications will be dealt with on a first come first served basis)

GET ME COURT READY...